Trip to Austria and UK laws

I feel bad for not making a post for a while. I have been busy travelling signing petitions for online poker.

Two weeks ago I spend a long weekend in Salzburg, Austria. I absolutely loved that city!!! The weather was beautiful to begin with. There are a few things to see in terms of sightseeing but it is not a very touristy city. I like visiting interesting and historical places but for a weekend adventure I don’t want to spend 3 days walking all over the city and rush “to visit everything”. Salzburg has the perfect balance on that. I did a little a bit of shopping too and tried a few German/Austrian beers. I need to start looking for pubs in the UK that serve these beers now. :D

Back to poker now…the only thing that I have been focused on was the new legislation regarding the players from UK. At first, Pokestars said that from 1st of Oct we would have to play in the .co.uk client however, we will be able to play with all the players’ pool from the .com network. So far, doesn't seem to be any problem. Along with that Gambling Commision said that in order to “protect” the players the auto-rebuy and auto-reload will be removed. So, if we want to reload in a cash game, we would have to do this manually. There was a lot of dispute over this auto-reload feature and due to that they announced that they will make their final decision in a month’s time (1st of Nov). I read on 2+2 that GC has agreed not to force the poker sites to remove the auto-reload feature. However, there’s not an official announcement yet, but things seems to go the “right” way.  We will find out pretty soon.

I have picked up some funny hands from my recent sessions: 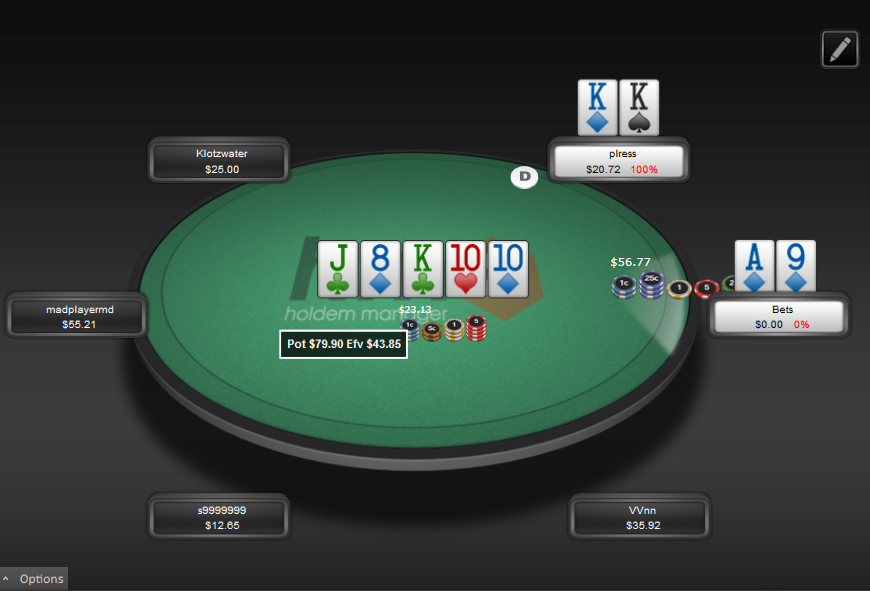 It was nice to have him shoving the river when I have the nutzz :D 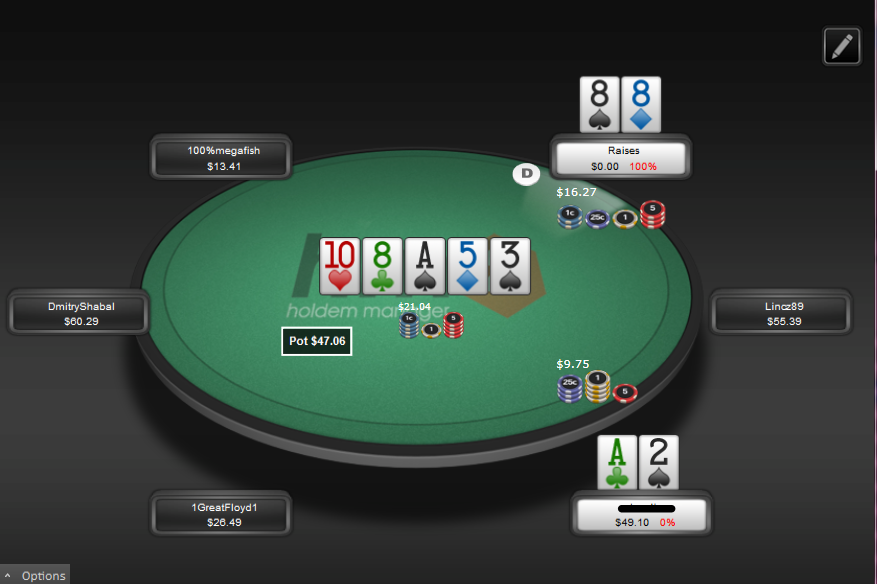 He made a mistake betting 2/3 off my stack and he ccouldn't fold given the pot odds. But I don't think I EVER have worse than A2 there… 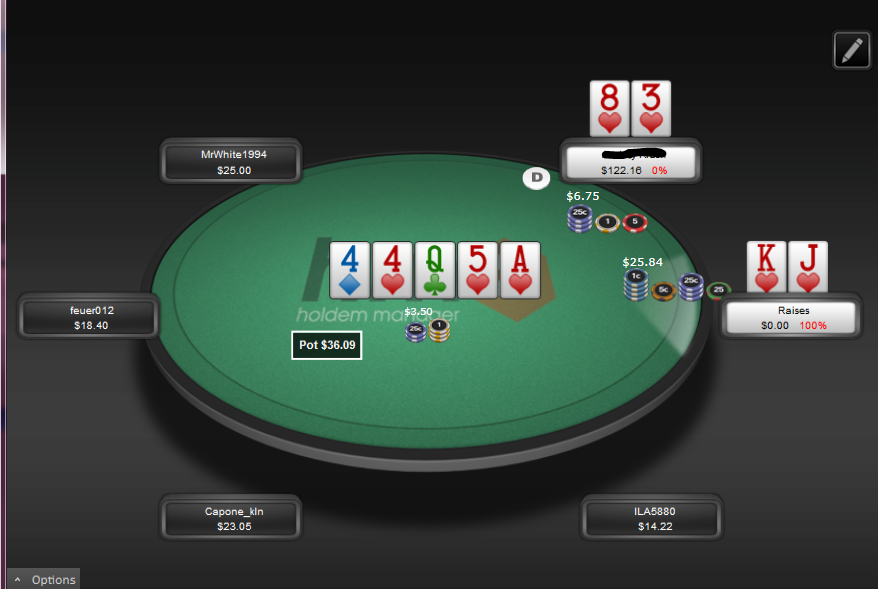 I was really bragging about this hand managing to get max value. :D

Best of luck at the tables. Promise my next post to be sooner!
Posted by Unknown at 13:11 No comments: